Posted by fadetoyellow in Playlists on June 28, 2011

The Echelon Effect release the second part of a 4 part series. This release is Seasons 2/4.

The artist known as The Echelon Effect release’s this, the second part of a 4 part series to see the light of day in 2011 which culminates in a film to be released at the end of it all.

If you are unfamiliar with The Echelon Effect, the sound is ambient, post-rock, soundscape, atmospheric.

Please go support The Echelon Effect, this album is available from his Bandcamp site for a name your price type deal. Although anything you can contribute will assist in further production.

Posted by fadetoyellow in Playlists on June 21, 2011

To celebrate Labirinto touring the USA for the first time, I thought it would be fitting for their 2010 release, Anatema, to be the Fade To Yellow record of the week.

From São Paulo city, the group was formed in 2003 by the desire and experience of friends whom aimed to work out their musical influences through the composition of instrumental music. Inspired by feature movie scores, experimental music bands & sounds and references that go beyond music itself – like arts, photography and literature -, the compositions look in to create textures and images based vibes: as in a sound track, but casting the listener to come up with the picture and scenario on his own mind.

Labirinto develops sounds, timbres and dynamics that are all equally blended, avoiding the predominance of a unique sound source. Their harmonics constructions – done by guitars, bass and drums, followed by analogic and digital synths, cello, violin, piano e other instruments – prioritize the emotions aroused by running through the whole aesthetic labyrinth.

Labirinto is acknowledged as a pioneer in developing its musical style in Brazil. Their references are based on post-rock, progressive rock, experimentalism, minimalism, classical and Brazilian popular music. After some years of career consolidation, the band is one of the most respected and renowned in the indie scene, getting good reviews from the public and the press.

Posted by fadetoyellow in Playlists on June 14, 2011 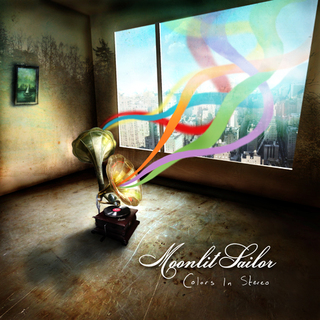 To sum it up succinctly, Colors In Stereo is huge. It’s like the thunderous boom of 1,000 armies marching in lockstep. Already receiving well-deserved critical acclaim for creating an entirely new dimension to the post-rock genre, these four Swedes have done it yet again with a truly unique album. Firmly entrenched in their quasi-pop / post-rock roots but adding space-rock elements to their already massive soundscapes, MOONLIT SAILOR has created a blueprint for the future of post-rock. Everything on Colors In Stereo is special: from the sounds you’ve never heard before, to the arpeggios that swallow you whole, to the powerful crescendos that devastate your senses. If you don’t find it difficult to listen without being overwhelmed with emotion, you’re not listening. “This album means a lot. When we wrote these songs, we knew that people were going to hear them and we didn’t want to disappoint anyone, especially ourselves. It feels like we’ve taken big steps forward as composers and we hope people hear that in the songs. Everything about who we are we put into the music of Colors in Stereo. As for the title, it reminds us of the future…very positive and joyful. You can really feel the colors float through your inner mind and leave you purified. We wanted to make an positive post rock album” says says bass guitarist Markus Rundlšf. This is the new standard. It’s that good.

Posted by fadetoyellow in Playlists on June 7, 2011

Esmerine released two critically-acclaimed albums of modern chamber music, If Only a Sweet Surrender to the Nights to Come Be True (2003) and Aurora(2005) that have one foot in the new music/experimental terrain of contemporaries like Rachel’s or Town And Country and the other in the more visceral and lyrical landscape populated by the likes of Dirty Three (and GY!BE themselves).

While Beckie’s activity with Thee Silver Mt. Zion increased through the middle of the decade and Bruce deepened his study and practice as an acupuncturist, the duo continued stoking the fires of Esmerine, with occasional live performances and special events in Montreal over the past few years – often including invitations to guest musicians to collaborate with the group on one show or another.

While Esmerine had made deft but sparing use of guest players on previous records, their collaborations and performances over the past two years opened the band up to two new players in particular, who were invited to join as full members: harp-player Sarah Pagé (Lhasa de Sela, The Barr Brothers) and multi-instrumentalist Andrew Barr (Lhasa de Sela, The Slip, Land of Talk, The Barr Brothers). They were all introduced through their dear friend Lhasa de Sela while Lhasa was working on her third and final record in Montreal.

With this expanded line-up, Esmerine recorded a new album,La Lechuza, in 2010.

La Lechuza is dedicated to Lhasa de Sela, who died of breast cancer on New Year’s Day 2010 at the age of 37. The album closes with a previously unreleased version of the Lhasa song “Fish On Land” that was recorded with Bruce and Beckie in 2008 during the sessions for Lhasa’s self-titled third and final album.