Posted by fadetoyellow in Playlists on March 31, 2012

The American Dollar – Awake In The City

Posted by fadetoyellow in Playlists on March 21, 2012

What The Blood Revealed – Harbour Of Devils 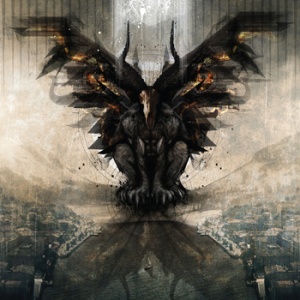 What The Blood Revealed are a four piece instrumental Post-rock/Post-metal band from Irvine in Scotland.

This is their first full release, they had previously released a couple of EP’s, this debut full length is released on the Field Records label.

The album clocks in at just over 52 minutes spread across 7 tracks, with no track shorter that 6 minutes, well one is 5.59 long. It has its post-rock moments mixed with post-metal moments. All in all they have a great sound and really good musicianship. I don’t have any favorite tracks, well maybe To Travel Deadly Ground is a bit different to the rest of the tracks, so that may be my favorite by a short neck. And it was the track that I played on the show a few weeks ago. I chose the track Waiting For The Storm for this weeks show as I felt it had all of the elements of their sound to showcase the band. But to be fair I could have played any of the tracks on the album.

I think that What The Blood Revealed will go from strength to strength, and I for one will be keeping tabs on this great band. You should too.

Posted by fadetoyellow in Playlists on March 13, 2012

Time Columns consists of two members. They are from Baltimore. They make amazing sounding music.

Mana is such an incredible album, 7 tracks just over 48minutes in length. The music is described as progressive post-rock and I think that pretty much sums up their sound. There are lots of musical style and tempo changes within the music that it is hard to get bored listening to this album. There is always something going on to keep you interested, they are not afraid to experiment with the sound and I think that is what sets them apart from a lot of bands in this genre…….hmmm this genre, there are not a lot of bands in this particular genre that they seemed to have created. I had the pleasure of seeing these guys live, twice in fact, and they were just incredible. Their live set up is as complex as their sound.

Go check out this great album and be very glad that there are bands around like this that make such amazing music as Time Columns do.

Posted by fadetoyellow in Playlists on March 6, 2012 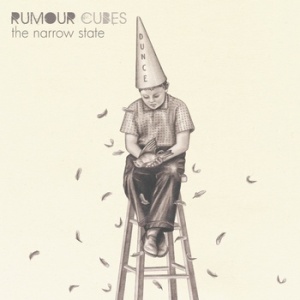 Rumour Cubes of London, England release their debut full release and it is real gem of an album.

Honestly, there is not a bad track on the album. From the opening track, The University Is A Factory to the closer Tempus Figit, I must admit I have had this on replay quite a few times now. While the majority of the tracks are by no means heavy, Triptych is the exception, that seems to turn the songwriting on its head as it starts off heavy and mellows out, well somewhat mellows out.

The musicianship is just amazing and you can tell that they have really worked at writing the songs on the album, this is a step away from the normal post rock release that can so easily be influenced by other artists. You can hear the passion in their music. The way they blend the strings into the songs is done with such beauty, and sometimes the strings are well in the forefront. Dont forget the drums, bass, guitars and electronica as they all play a vital part in this bands sound.

So in summary…go check it out or you could miss one of the best releases of 2012 so far.