One Hundred and Seventeenth Show Playlist – 21st May 2013

Posted by fadetoyellow in Playlists on May 21, 2013

You can listen to the podcast anytime here at http://www.mixcloud.com/fadetoyellow/episode-117-fade-to-yellow-cloudcast-around-the-world-in-2-hours/

The plan for these podcasts is to feature an artist or record label, and play a track from each of their releases interspersed with tracks from other artists.

One Hundred and Sixteenth Show Playlist – 7th May 2013

Posted by fadetoyellow in Playlists on May 11, 2013

This is the first podcast after being on KOOP radio for the past two years.

You can listen to the podcast anytime here at http://www.mixcloud.com/fadetoyellow/episode-116-fade-to-yellow-podcast-its-going-to-be-100-degrees-soon/

The plan for these podcasts is to feature an artist or record label, and play a track from each of their releases interspersed with tracks from other artists.

And to get this up and running I chose to feature the music of David Palmer aka Sky Flying By and I played tracks from his very first release right up till his brand new EP.

Youi can also check out an excellent interview with Sky Flying By here at https://fadetoyellow.com/interviews/sky-flying-by-interview-may-2013/ 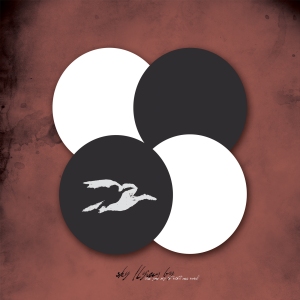 David Palmer aka Sky Flying By has just released, “Can You Say It With One Word?” If I was to describe this release with one word, I would say it was FANTASTIC. This is definitely a change of sound for Sky Flying By. It has a neo-classical/ambient feel to it. 4 tracks coming in at just under 28 minutes long. It features the talents of Rachael Boyd
on violins and Ro Rowan on cello. Ro has played on a previous release, so I am guessing that he is very familiar with her capabilities. But this is the first time working with Rachael, and I get the feeling it may not be the last. The strings on this release are well arranged and sound just amazing. And with David playing all other instruments, it all makes for an amazing mix of sounds. It has a very cinematic feel to it, like it should be the soundtrack to a movie and it maybe it will be one day. So while I like the more post-rock style of his previous three albums, and there was a hint of a change in style that was evident in the 2012 release ‘What’s The Farthest You Can See’, I must admit that, personally, I think this could be his finest work to date and further demonstrates the many talents of Sky Flying By.

Posted by fadetoyellow in Playlists on May 4, 2013