Posted by fadetoyellow in Playlists on May 30, 2012 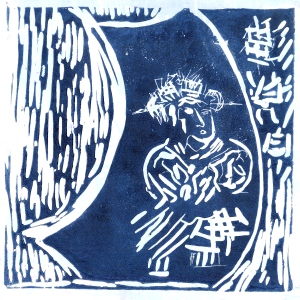 L.T.D.M.S are a post-rock band from Belgium, in fact they are from Brussels and a smaller town called Ciney.

They have just released this four track album on the German based Oxide Tones record label. Oxide Tones seem to have a knack of releasing albums by bands who are not particularly big in the genre. But they choose real good bands who deserve to be better known in their given genre. This release is no different.

The title of this album is (<inserer titre>) which in English translates to Insert Title. A clever album title I think. There are 4 tracks on the album clocking in just under 50 minutes and they used 4 different engineers on the album, one for each track. A very novel and interesting idea and I think it works rather well. There is a vast array of instruments with horns, flutes, strings, keys, guitars, bass, drums. The tracks are very individual and are full of twist and turns and it can be intense and dramatic at times but it is also very enjoyable. I guess there are elements of progressive rock in there but with real post-rock overtones. This to me is a really good release, they really have captured what this genre is all about. Its full of interesting melodies that change in a heartbeat into another movement in the same song.

This is an album that deserves to be in any record collection and the more you hear this album then the more you will appreciate its beauty.

Posted by fadetoyellow in Playlists on May 24, 2012 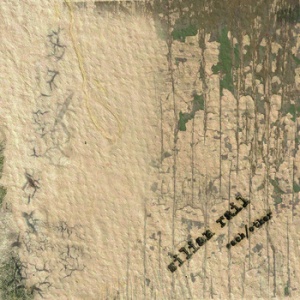 This release from Silian Rail is some of the best music that I have heard for a long time. The two members of this band, Robin and Eric really know how to craft songs. It is post/math/experimental-rock, but overall it is just incredibly put together. This is their third and possibly best release to date. I played the opening two songs on my show, Young Mood then The Beast. I had a hard time picking what songs to play, such is the quality of the music. 8 songs just coming in at over 40mins. Contrast the complexity of the track Glass House to the intricate sound of A Nothing Summer and you appreciate how good the musicianship is and the versatility of these guys. it would be easy to keep it all uptempo but they also like the slower end of the spectrum. There is also viola, played by Dina Maccabee on a few of the tracks which just add to the sound.

All in all it is a great release and will definitely be in my top 10 releases list of 2012.

Posted by fadetoyellow in Playlists on May 16, 2012 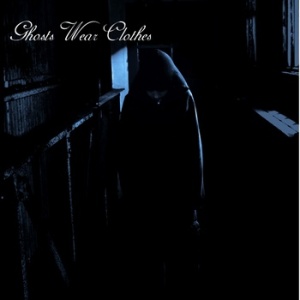 Ghosts Wear Clothes are a post-rock band from Nottingham, thats how they describe themselves on their Bandcamp site and on their Facebook page they describe the sound as post-electronica weirdness. Both these descriptions are not far away from the truth. This debut album was two years in the making, it has a nice sound to it, you can tell they took a lot of time over the sound and what they wanted it to sound like.

There are seven tracks on the album running at 53 minutes in total with track ranging from just under 3 minute tracks to just over 13 minute long. The sound is cinematic and very haunting at times,  beautiful melodies accompanied with soundscapes in the background, there are lots of layers to the music and they build on top of one another. The musicianship is first class, keys, guitars, drums and whatever else these guys play on the record. This is first class post-rock/electronica/ambient, the music does open out occasionally and explodes with great effect then they bring it back down to a more gentler sound.

In summary it is an excellent debut record from this trio and this is an album that should be in your record collection.

Two years is a long time to make a record, heres hoping their next release won’t take that long.

Posted by fadetoyellow in Playlists on May 9, 2012 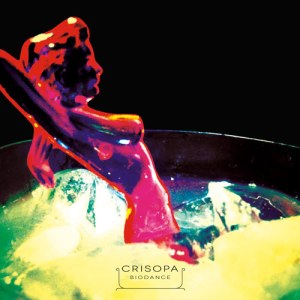 Biodance is the much anticipated debut album from Madrid (SP) based electronic musician Crisopa. A densely layered album squeezing inspiration from electronic music sub-generes such as IDM, dub-step, post-rock, nu-gaze, and ambient while remaining cohesive, ever evolving and remarkably danceable. Anyone having seen Crisopa live undoubtably knows they were eventually coerced into moving their bodies by the ebb, flow and trajectory of his music. And Biodance is no different, however it is not all about moving your body. A quick look inside the CD case reveals the motivation behind the album: Biodance “is a system of self-development that uses music, movement and positive feelings to deepen self-awareness”. Whether he’s talking about his own self-awareness our ours, that just about sums the album up. Crisopa just wants you to loose yourself in the moment and Biodance is the perfect soundtrack for getting lost within.

Crisopa is the name in which Madrid based Santiago Lizón has chosen to release his music under. This project Of Lizón’s first saw the light of day in 2005, when all his influences of that time, IDM, shoegaze, post-rock and classical musics shaped his output into a more coherent creative entity. Crisopa has evolved in parallel with the netlabel scene of Madrid, as Lizón has released several quality works on netlabels such as Plataforma-ltw, Persona-isla, Add-sensor and Escala before signing with stateside imprint n5MD. Crisopa’s music has been described as blissful, dense, melodic and emotive. In it, the layers of guitars, pads, voices and intricate rythms are combined to frame a particular travel from one landscape to another. This is done by Lizón’s adeptness in displaying nostalgia, hope, transcendence, and melancholy all with a sense of confidence and humility. More recently Lizón’s music has been further shaped by his musical contributions to short-films and documentaries in his native Spain.

Posted by fadetoyellow in Playlists on May 1, 2012

Dumbsaint – Something That You Feel Will Find It’s Own Form 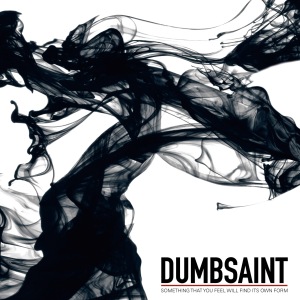