Posted by fadetoyellow in Playlists on September 26, 2012 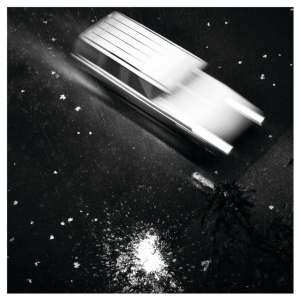 Argentinian instrumental post-rock band, La Gran Perdida de Energia have just released their debut s/t album on Fluttery Records. You know, Fluttery seem to have a knack of releasing great albums. This album is no exception, I instantly liked this album because it wasn’t straightforward and melodic like a lot of post-rock albums are. There is a touch of psychedelia/prog throughout the album, the opening track ‘El Mes Del Viento’ is testament to that and sets the tone for the rest of the album. ‘Balsa’ starts melodic then has a lull in the middle of the song, its a cleverly crafted song and is a real stand out track for me. But I would have to say that I found this album a breath of fresh air and a really interesting listen. There are a lot of  musical passages that have intricacies in sound that are missing on so many albums in this genre. These guys seem to have captured the spirit of post-rock with this release. It is good to know that this genre is alive and well in Beunos Aires.

Go check it out, your ears will love it.

Posted by fadetoyellow in Playlists on September 18, 2012

Slow Dancing Society has just released Laterna Magica, the fifth Slow Dancing Society album released on, Australian based,  Hidden Shoal records. This is ambient music of the very highest quality, and demonstrates all that is good with the genre and in particular how SDS creates the stunning soundscapes, and intricate melodies that go to make an ambient album interesting and endearing. I have been a fan of SDS for a few years now and this album just cements that support for him. 10 tracks are spread over 50minutes. I played the single off this album, ‘I’ll leave A Light On’, on my show the week it dropped into my email. That track has a beautiful sombre piano intro, then a more lively guitar with amazing soundscapes in the background. This album is not single soundscape music with a slight change in the ambience, oh no, this has all ranges of sounds and textures. It has quiet tranquil moments and also louder moments. I particularly like the electronic sounds that are created and this with the piano, guitar are all woven into the tracks. The treated sound of the piano is particularly pleasing to me on a few of the tracks.

Slow Dancing Society writes and performs great albums and I didn’t expect it to be any different with this release. And you know, it wasn’t. This is another to notch release from SDS and Hidden Shoal.

Slow Dancing Society is Washington based musician/producer and nostalgist extraordinaire, Drew Sullivan. If ever there was an artist who truly expressed themselves in a way that defies everything music and art expects, and at times demands, then Slow Dancing Society would be that artist. With influences ranging from classic artists such as Brian Eno, Def Leppard, Tears For Fears, The Cure, Eddie Money, Pink Floyd, Prince, Spandeau Ballet and U2 to contemporary artists like Manual, Charles Webster, Explosions In The Sky, Sigur Rós, Hammock, Red House Painters and My Morning Jacket, one might begin to understand what they are in for when they hear something coming from Slow Dancing Society.

At times there is a pure abandonment of structure, continuity, consistancy and most importantly, hipness. If one were to compare the music of Slow Dancing Society to anything, it would be our memories and our past. Which is probably why one will experience such a sense of nostalgia and an overall coloring of sentimental values when they listen to the music. One cannot refute the notions that life is abstract, doesn’t always make sense, isn’t always beautiful (though at times the contrary) and never what it seems. So why then does the music have to be?

Posted by fadetoyellow in Playlists on September 12, 2012

The Orchid – Beyond The Vast, Endless Sea

Washington DC based band The Orchid have just released, on Liberty Fuse Records, their first full length album. Beyond The Vast, Endless Sea follows on from the debut ‘New Mexico’ EP (released 2010). This latest release comprises 7 tracks with track times ranging from ~6mins to 11mins. They describe their music as patient music, and by that they mean that it takes a bit of time in the tracks for the music to build up. I think that they summarized their sound perfectly, the music is well written, rich in melodies and lots of quiet/less quiet moments. Its a great post-rock album. For some strange reason the music is very calming, with even the crescendos only elevating to an above calm state. They always remain composed through the album, the music never gets totally out of hand. I particularly like the production of the album, it was produced in a recording studio and I think that that sometimes makes a difference between a good sound and a great sounding album. I really struggle to choose favorite tracks on albums and this is no exception, although I would note that the opener Dont Be Afraid and also the track Vernacular are excellent.

Daze Of Heaven, Equals, My Education

Posted by fadetoyellow in Playlists on September 5, 2012

Daze Of Heaven, Equals, My Education