Posted by fadetoyellow in Playlists on April 24, 2013

This is the second installment in Orbits Over Luna’s  Japan series of EP’s. The music is influenced by a trip made to Japan. The first EP, released in 2012, sets the scene for the trip. the second EP sets the scene even further. I enjoyed the first release and this second release is as equally enjoyable, and maybe even more enjoyable than the first. Orbit Over Luna played all the instruments on the first release but this one has a few guest musicians, Andrew Tasselmeyer (The Sound Of Rescue) plays bass on Track 2 and Andy Othling (Lowercase Noises) provides guitar on track 5. There are 5 tracks coming in at just over 25 minutes in length. The music is a mixture of ambient/post-rock and is of the highest calibre. Not many artists can actually pull off this mixture of genres with great success. Orbit Over Luna seem to be able to strike a beautiful balance with the music, nice mix of soundscapes, guitars, rythmic percussion and a spattering of field recordings.

I am not sure if this is the last in the Japan series, but I do know that he has been to Europe recently so maybe there are more different sounds to come from this artists travels across the globe. I guess time will tell on that one.

‘orbit over luna’ is the musical persona of Shannon Penner, a multi-instrumentalist, composer, sound designer and animator in Toronto, Ontario.

Utilizing ambient guitar, unique percussion, world instruments and location recordings, he strives to create moods and atmospheres that are distinctive and original.

While Orbit Over Luna’s sound is primarily in the ambient/post-rock vein there is woven throughout threads of Asian world influences. It has been described as organic downtempo.

Intensely layered waves of sound, sometimes delicate, sometimes powerful invariably create a sense of place…like an audio postcard from somewhere not yet visited.

Posted by fadetoyellow in Playlists on April 18, 2013 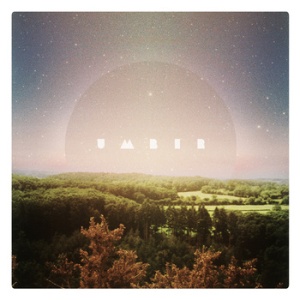 Alex Steward’s moniker, Umber, releases his third release  and first through the German based Oxide Tones record label. This is an album that is instantly likeable. Umbers previous releases were unmistakably Umber, he has a sound all of his own. This album is slightly different to his other 2 releases, in that this has a more ambient/drone feel to it. There are 7 songs on this release ranging between 3 and 5minutes in length. The tone of the album is set right from the very first track, ‘Sunshine Young’ has this beautiful drone drifting in and out which adds some guitar melody half way through and builds to a much bigger, lush sound before drifting away. Track 2, All The Ships, has some nice field recordings mixed with various drone/ambient soundscapes. I particularly like Track 3, Through Rocks and Fog, it has a more experimental feel to it with sounds that I suspect have been sampled by Umber and are used to great effect on this track. Track 4, The Warm Calm and also track 5, Gott Mos feature the violin of Sophie Greene, this adds a slightly different dimension to the sound and that is always a positive, at least it is with me. Track 6, Sunshine Youth, features Good Weather For An Airstrike, which I suspect is a favour returned for Alex who performed on GWFAA’s last album. The last track, Opik-Oort, is one of the shorter songs on the album and it does bring this fine album to a very fitting close.

I would highly recommend this release, and previous releases by Umber. This latest release just shows a different, and very welcome, dimension to the talents of this great artist.

Posted by fadetoyellow in Playlists on April 11, 2013

When you order a physical release from emmalee^crane you recieve a sticker stating that ‘Drone Is Not Mindless’, how very true that statement is. Especially when it comes from this particular drone/ambient and at times even cinematic sounding artist. emmalee has just released her third full length release titled ‘Crowd Of Reeds’ and it could very well be her best work to date. Although I must say that the previous releases to this one, ‘Formantine’ and ‘Crux’ are also very fine releases. So the new album, released on Streetlight farm records is just under 41minutes in length spread over 10 tracks. I really enjoyed this release on its very first listen, but I have been leaning towards this genre of music for quite a while now. I think it must be the solitude and calmness of it all. Anyway, what about ‘Crowd Of Reeds’, it opens with the excellent title track which sets the tone for the album and it a bit experimental in nature, especially at the start but settles into a nice in and out rhythm. I am not going to describe all the tracks but I must say that placing the melancholic, strikingly beatiful but stark track  ‘You Coil Like Flowers’ next to the more uplifting ‘Manitoba’ is a stroke of genius as both these tracks are so contrasting. It just shows how versatile this artist really is.

So this release will be, i suspect, be on a few peoples top 10 list of 2013. It really is a great album and I would strongly advise adding this to your collection.