Au Revoir – In The Key Of Night 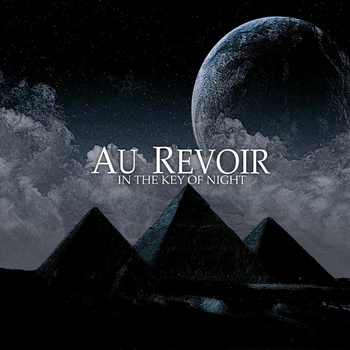 New Jersey based Au Revoir have just released their debut full length release, In The Key Of Night, on Never Lost Records. There is 58 minutes of ‘post-rock’ music spread across 11 tracks on this release and they have done a fine job with their sound. 7 songs of mainly dark and moody tones but not so dark that it is overbearing or boring. I like the quiet music interludes that then build into something a bit more less quiet but again in never gets unbearably loud. They have thought this whole quiet/loud thing through and resisted going totally loud and bring it back to quiet just when you think it is going to explode. Even on the long songs they keep their composure and resist the big wall of sound. i picked up some vocalizations on the closing track of the album and that track certainly seems to be the heaviest of the lot. Some great repetition on the closing few minutes of the album.

To summarize, i think Au Revoir have done a really good job with this debut release and I am sure it is one that they are proud of. Fade To Yellow was only too happy to have this release as its record of the week.

Go check it out, you won’t be disappointed.

From the bands Record Label

Au Revoir is an Instrumental/ Indie-Rock band based out of Northern New Jersey, with the current line-up as Eric Annicchiarico on Guitar, Dayn Viglione on Guitar, Corey Davis on Bass and Matt Carpenter on Drums. The band started as just a side-project for Eric and Dayn, with the idea to write some tunes that were both emotional and very dark in nature. Eventually, Au Revoir was being taken a little more seriously as an entire full-length album was produced and small tours began to take place. “We all have one common denominator and that’s a love for emotional instrumental music. Our goal is to write songs that pull and tear at every emotion possible and with this album, we feel that we have definitely hit our mark.” Au Revoir is getting ready to release their debut full-length “In The Key Of Night” on Never Lost Records, with plans to continue touring over summer 2012.

This entry was posted on July 19, 2012, 9:40 pm and is filed under Playlists. You can follow any responses to this entry through RSS 2.0. You can leave a response, or trackback from your own site.